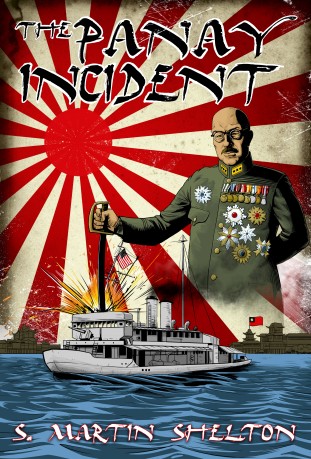 It’s a lazy Sunday afternoon on 12 December 1937. The American gunboat USS Panay plows the slow-moving waters of the Yangtze off Nanking. The Panay patrols China’s rivers to protect American interests in the chaos that engulfs the Middle Kingdom. Today, the Imperial Japanese Kwantung army has fought to the gates of Nanking.

The Japanese bomb explodes dead center atop the Panay’s wheelhouse. Fire, shrapnel, and wood splinters rip into the commanding officer, the OOD, and all others on watch. The second bomb smashes into the quarterdeck. The Japanese aircraft press their assault. Forty-five minutes later, the Panay’s bow dips under the Yangtze’s surface and slowly settles on the riverbed.

Though seriously wounded, Chief Radioman Mathew Marne survives and earns the Navy Cross for his exceptional heroism under fire. As known only by a few, Chief Marne is a naval intelligence agent.

Marne relays details of his now unclassified, special-intelligence assignments across the Far East in the  maw of Japanese aggression before and during World War II; his clandestine activities ashore, his actions in several Pacific sea-battles; his love for a Chinese woman and for a Navy nurse with an attitude.

Note: I was a nipper of eight when the Japanese attacked and sank the USS Panay. I remember the incident well. We saw newsreel images of the attack, read newspaper articles, and discussed among the family and friends if the attack on the Panay was the start of, what we all knew was offing, the opening gambit of the Pacific War with Imperial Japan.

One thought on “My Roman á Clef, The Panay Incident, Now Available on Amazon Kindle”