Archive for the tag “comic” 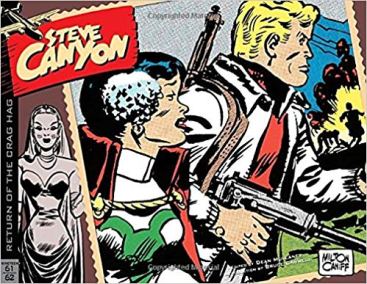 I opened this eighth volume of my boyhood icon counting on reading thrilling tales of mysterious dames in exotic locales entrapping Colonel Steve Canyon in nefarious schemes, and having their way with him; of Steve exposing malevolent secret agents, deposing corrupt tyrants, and rescuing ravishing princesses from the Soviet’s eeevil KGB. Gadzooks! It was not to be.

In volume eight, I stumbled into eight bland tales of minimal interest, of no import, and more appropriate reading (and viewing) for teenage females. I classify four of his stories as soap operas set in the USA. In one of these, the lead is his brat cousin Poteet Canyon—Steve is absent completely from this yarn. The remaining four stories are insipid “adventure” tales whose bland narratives challenge no one. One story has a hint of the exotic. Set in the Himalaya region of China, Steve’s ol’ nemesis, Madam Lynx, captures him. He escapes, in an unbelievable scenario. Lynx fades into an unknown end—to reappear in another story, I reckon.

Nonetheless, Caniff’s drawings, on the whole, reflect his consummate artistic skills in the “Terry and the Pirate” strips of yesteryear. I much enjoyed viewing some of his frames and marveled at his realistic composition and attention to fine detail. 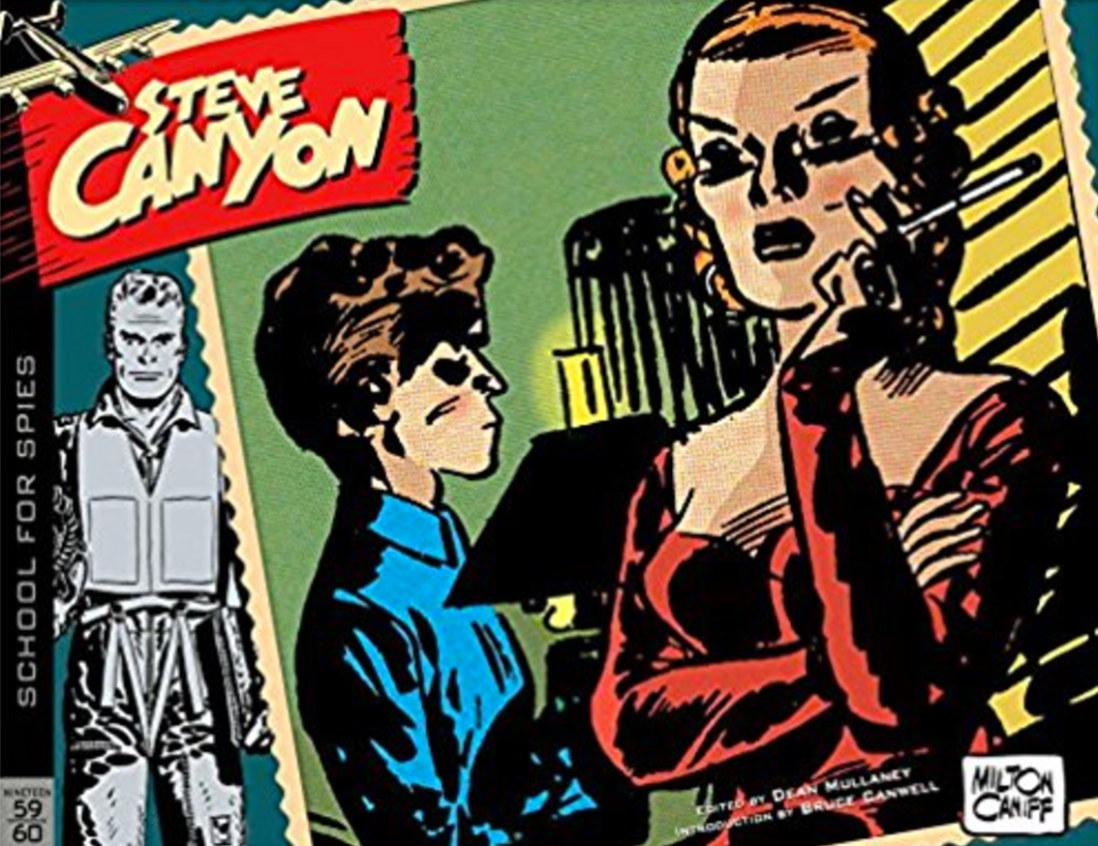 Disappointed again. Perhaps I’m getting too old nowadays to appreciate Caniff’s story-telling art. I recall clearly my thrill as a nipper waiting for the morning paper to see and read new frames of Caniff’s classic “Terry and the Pirates” comic strip—superb in every dimension. I ordered this Steve Canyon book several months ago and was in keen anticipation of reading superior action-adventure tales set in exotic locations and with lustful dames as dangerous protagonists—for example, the ominous and strikingly beautiful Chinese pirate, the Dragon Lady.

Unfortunately, this volume of Steve Canyon’s adventures falls short. Too many of the mise en scénes for Caniff’s stories are domestic and lack panache. His art is superior to almost all other comic strip artists. His perspective and detail give keen depth to the frames, but too many do not have the vivacity that I would expect from Caniff. From time to time, nonetheless, sparks of the past pervade this tome. The following are the scenarios:

Scenarios 4 and 5 are domestic soap opera starring Mrs. Olsen, Canyon’s impossible love, and the eeevil and glamorous Copper Canyon, a female industrialist—both embroiled in domestic scenarios of no import.

Following those are more domestic scenarios that feature his hot-tempered ward, Poteet Canyon, bent on marrying Steve, and the troubles she generates.

Lastly, Canyon saves Tokyo from an atomic bomb detonation by a feat of derring-do nonpareil.