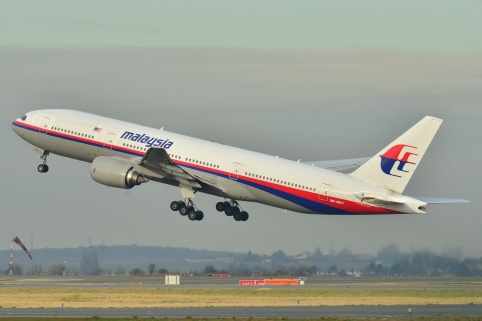 Around midnight on 8 March 2014, Malaysia Flight 370 departed Kuala Lumpur for Beijing with 239 souls onboard. About three hours into the flight, it disappeared. Technical analysis of radio, radar, and satellite data indicated that the aircraft crashed into the Indian Ocean about 1,200 miles off Australia’s west coast.

In the almost three years of searching, investigators have not found any part of this aircraft. Nonetheless, three sheets of aircraft metal have washed up on the eastern shore of Africa. Expert aviation investigators have tentatively concluded that this flotsam is from Flight 370.

On 17 January last, the three nations, Malaysia, China, and Australia, involved in the search for this missing aircraft concluded further investigation of the sea floor of the Indian Ocean is fruitless. The search for Malaysia Flight 370 is officially over.

The Australian government, in concert with Malaysia and China, announced on 4 June last that unless they find an identifiable artifact from the missing Boeing 777 aircraft, Malaysia Flight 370 now missing for fifteen-months, the search would terminate sometime mid-next year. An international team of scientists using available information calculated that Flight 777 crash landed in the Indian Ocean about 1,200 nautical miles off the west coast of Australia—their “best guess” location. To date, search teams have scoured approximately 50,000 square kilometers of ocean floor without finding any debris of the aircraft.

Where is Flight 370? Theories abound. Most are without substance. Here are a few.

All these theories have serious flaws. Too many to recount here. Malaysia Flight 370 is missing, and I reckon that it will remain as one of the twenty-first great aviation disaster. Or is it missing?